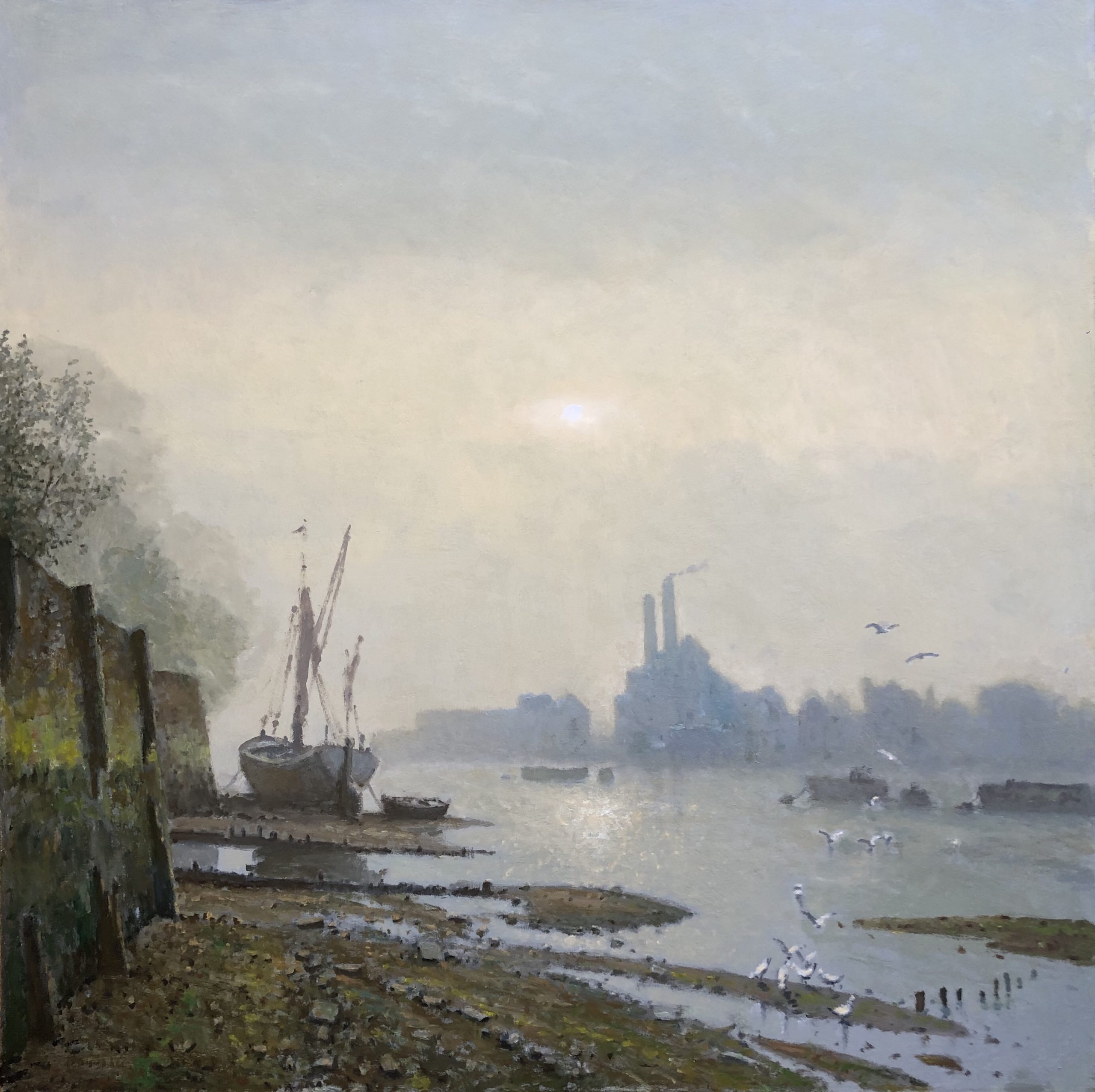 Rod was born in 1942 and lives in London. He takes a great deal of inspiration for his work from his travels and city surroundings. The Thames, a local common or well-known Venetian setting are subjects he might explore in his discovery of atmosphere and light. Each work is a self-portrait of the artist in which he allows the viewer the opportunity to share with him a moment of discovery.

Rod graduated from Chelsea Art School in 1964 and worked as an illustrator before turning professional in 1989. His ability to fuse the subject in oil or watercolour has gained him a reputation, which has been recognised by a number of prominent London galleries. He exhibited at the NEAC in November 2000, and he was commissioned by Cunard to produce three large works for the Queen Mary 2. This created a lot of media interest and his paintings appeared on BBC1 News, Channel 4 News and BBC Southtoday. Rod’s paintings hang in many private and corporate collections including, Barclays Bank, Michael Else and Co Ltd and Cunard.

Feel free to contact us regarding commissions by Rod Pearce.

Click here to see most recent paintings by Rod Pearce

You can find out more about which cookies we are using or switch them off in settings.

This website uses cookies so that we can provide you with the best user experience possible. Cookie information is stored in your browser and performs functions such as recognising you when you return to our website and helping our team to understand which sections of the website you find most interesting and useful.

Strictly Necessary Cookie should be enabled at all times so that we can save your preferences for cookie settings.

If you disable this cookie, we will not be able to save your preferences. This means that every time you visit this website you will need to enable or disable cookies again.